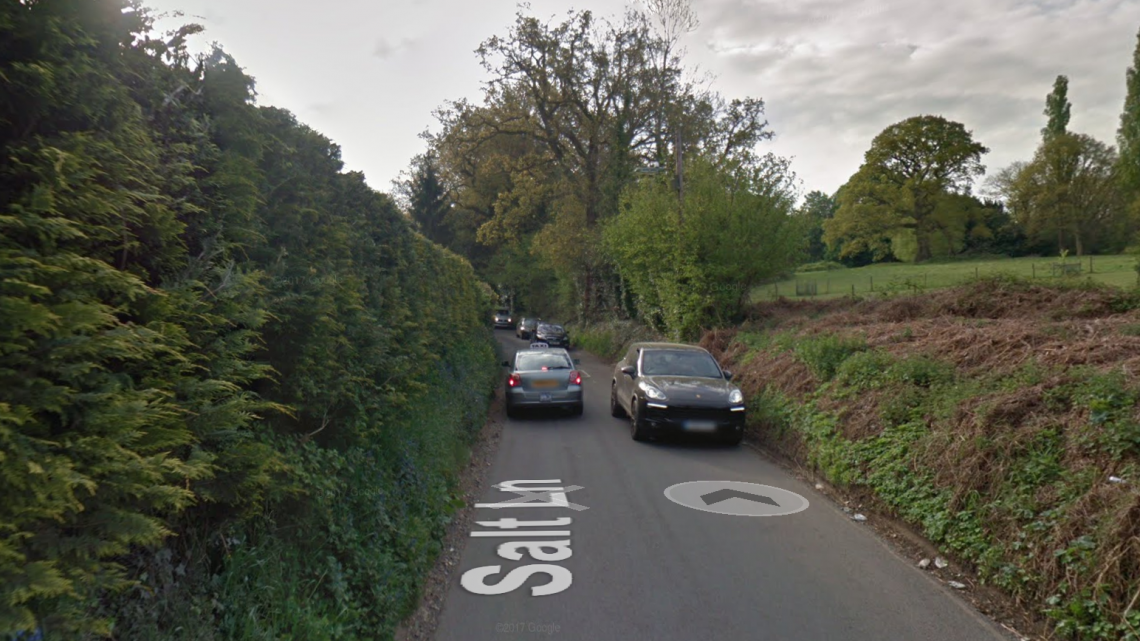 I have collated the traffic volume data annually (May 2018, Feb 2019, April 2021) with 24 hour traffic surveys on Salt Lane.   (See spreadsheet and charts below.)   I am concerned that there has been a marked increase in volume of traffic in the last 5 years and that we are seeing an exponential growth in commercial traffic.

There is clear evidence in the traffic data of “tidal” flows- predominantly West to East traffic in the peak-time morning, and then East-West between 4 and 5pm.   This suggests a lot of the ”new” traffic is associated with construction traffic to the housing developments in Cranleigh, Alford, Loxwood and Dunsfold as well as expansion of Horsham and the commercial building at Dunsfold Aerodrome (the newly commissioned bio-digester for example.)  Commercial vehicle movements has increased by 28% in the past 9 months. When 1800+ house at Dunsfold Park get built then we will see an exponential increase in construction traffic and eventually the commuter traffic that I have predicted (in a separate report).

The headline conclusions from the 2019 data are:

2700 vehicles use Salt Lane daily on a weekday during school term.
At peak times it is 337 vehicles per hour
8.30-9am is the peak period, 5-6pm is the second rush-hour
Significantly 28% of all traffic is commercial: LGVs or HGVs (44% – 103 vph of all peak time traffic)
This is predominantly transit vans, but there are a number of trailers, low loaders, Luton body, HGVs
Tidal flows are most evident in commercial vehicles:
Commercials are 44% of Eastbound traffic between 6 and 7am ( but 21% going West)
Commercials are 44% of Westbound traffic between 5 and 5pm (but 23% going East) I conclude this is construction traffic getting to sites early and knocking off at 4pm
11 HGVs (OGV2) used the road daily against the “Unsuitable for HGVs” signs at both entry points
41 over 7.5t OGV1 and OGV2 vehicles used the road daily. (2021 data shows this to be 96vpd)
These were cement lorries, tipper trucks, skip lorries, oil tankers, builders merchants. These are not local deliveries.

Note: This survey is a spot survey at Salt Lane near Hydestile Crossroads.   The number of vehicles using this route at the Western end at Station Lane, Milford Crossroads will be very much greater.  Station Lane sees a lot more vehicles to/from Leithfield Park (105 new Homes), significant commuter traffic to / from Milford Rail Station, and commercial traffic to/from Tuesley Farm (separately recorded as >23 HGVs per day).

During the first lockdown the roads were empty. You’d be able to walk Markwick Lane without seeing a vehicle for 20 minutes. The second lockdown was different – whilst the school run was non-existent, there were commuters spurning the railway and commercial traffic buoyed by courier deliveries. By the third lockdown the HGV movements, particularly construction had still not recovered with totals for Salt Lane at 2124vpd down 24% on 2019, but only 3% lower than 2018. 96 HGVs over 7.5t used the road daily.

For the purposes of this survey data the following definitions of class of vehicles is noted.

The proposed closure of Cranleigh Recycling Centre will create 15% more traffic onto Markwick Lane. Cranleigh residents will add 2800 movements per week to Markwick and Salt Lane. The alternative 15 mile round trip to Witley will add a million extra miles over the period of a year.

Development of 3500 homes in Cranleigh, Alfold and Dunsfold +125%

Of the 3500 homes it is very conservative assumption that there are 4800 employed residents.

The direct route West to the A3 or Milford station for an estimated commuter 3380 cars per day is via Markwick Lane and Station Lane.    Markwick Lane is currently 2700vpd so that 3380 increase represents 125% to 6080vpd an increase of 125%.   At peak times that equates to 760vph, or one car ever 5 seconds.